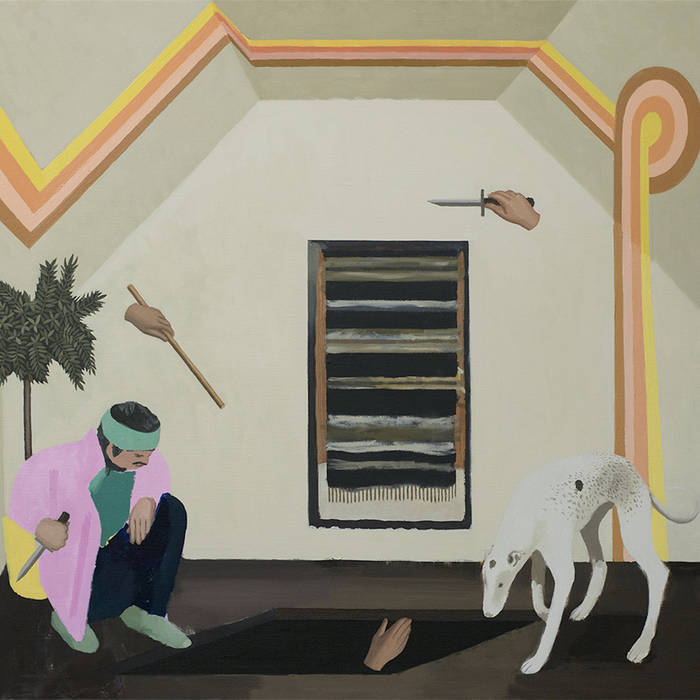 D. Michael Some of the most creative and inspiring music I’ve ever heard and one of my favorite albums of all time. The instrumentation is unreal, particularly the rhythm section. Like listening to a fresh salad Favorite track: Heavy Lifting.

On Rock Island, their second LP, Palm produces evidence of a distinct musical language, developed over time, in isolation, and out of necessity. On the island, melodies are struck on what might be shells or spines. Rhythms are scratched out, swept over, scratched again. Individual instruments, and sometimes entire sections, skip and stutter. There is the sense of a music box with wonky tension or a warped transmission in which all the noise is taken for signal.

Like other groups so acclaimed for their compulsive live show, Palm has been burdened by the constant comparison between their recorded material and their touring set. On Rock Island, they render this tired discussion moot, using the album form to present that which could never be completely live, reserving for performance that which could never be completely reproduced.

Despite appearing behind the instruments typical of rock music, Palm trades in sounds of their own making. On these songs, one of the guitars and the drum kit are used as MIDI triggers, producing an index that can be combed through later and replaced with new information. The percussion is sometimes augmented so as to suggest a multiplication of limbs. The strings are manipulated to choke, crack, and hum like other instruments, or other bodies, might.

Working again with engineer Matt Labozza, the band spent the better part of a month in a rented farmhouse in Upstate New York. With the benefits of time and space, Palm recorded the various elements piecemeal, only rarely playing together in groups larger than two or three. While some members tracked, others holed up in the next room, experimenting with quantization, beat replacement, and other methods borrowed from electronic music. Even accounting for the many labors that brought them to be, these materials seem produced by an organic logic. Their complex friction forms a habit of thought, scores a network of grooves on the floor of the mind.

This is music with dimensionality. Sonic objects are deployed, developed, and dissected in various states of mutation. The listener flits about between the field and the lab. The tone is warm in a way only the sun could make, the pace as forceful and as variable as a gale. Whether one locates Rock Island in a sea or in a refinished attic (as in Greg Burak’s album cover), whether one escapes to there or is banished, its psychic environs are charted clearly enough. Only at this remove from the mainland can we sense the conditions necessary for such a strange species of sound.

Palm is Eve Gerasimos Hugo Kasra
"Rock Island" was recorded and mixed by Matt Labozza at Mud Creek Farm in Livingston, NY, April ‘17.
Except “Swimmer,” recorded by Kasra, and “20664,” recorded by Hugo, in Philadelphia, PA, January-February ‘17 with additions by Matt.
Mastered by Sarah Register
All songs by Palm
Front cover is “Ghost Hands” by Greg Baruk
Back cover image, design, and layout by Aaron Lowell Denton

Bandcamp Daily  your guide to the world of Bandcamp

Featuring appearances from Kari Faux, Bluestaeb and and interview with NY-bred artist Wiki